A High Price for the Low Life 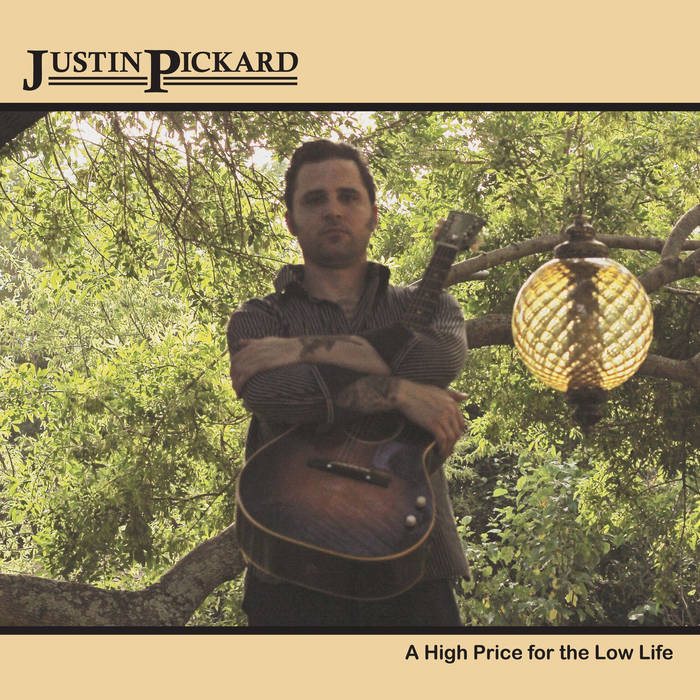 "Beginning with "Tennessee Brown", an uptempo single which erupts into a harmonically layered Motown chorus, country-folk singer Justin Pickard's debut solo album is like the soundtrack to an impassioned road trip through the South. High Price wanders through the varied regions of Americana, rock, and freshly cut bluegrass, each one employed deftly to Pickard's advantage. Making use of vintage recording techniques, the album's unceasing twang oscillates between George Jones' beatific quality and Johnny Cash's gravitas"
Eva Raggio, Dallas Observer

Justin Pickard
A High Price for the Low Life

All songs were recorded and mixed live to 2-track reel-to-reel tape by Andrew Delaney in Garland TX / Universal Rehearsal, Dallas TX with an emphasis on the use of vintage instruments and gear.
Edited and mastered by Steve Christensen at The Tree House, Houston TX
Produced by Andrew Delaney & Justin Pickard

I Want to Be Your Man (Pickard)
Justin Pickard: Vocals/Guitar

Thank you all for the encouragement.

In the course of Justin Pickard’s musical pilgrimage, his songwriting has covered a gamut of subjects: smoking and drinking, the ins and outs of grave-robbery, love and loss, and UFOs that resemble bananas. These subjects in any other writer’s care may not coalesce as seamlessly as they do in the hands of Pickard, who ties them together with wit, passion and heart.

Bandcamp Daily  your guide to the world of Bandcamp